This week, we experimented with two writing activities that worked towards inspiring people to think creatively about their personal data, with a particular focus on their feelings and relationships with their data. These activities were chosen as a way to engage with a more-than-human approach to personal data understandings and practices that Deborah has been developing in publications such as her Data Selves book, seeking to surface aspects such as the affective forces, relational connections and agential capacities that we have with our data assemblages.

In our fieldwork, we plan to use activities like these as two main ways: first, to inspire people to think otherwise about their data; and second, as a way to kick-start conversations about their data that departs from the standard Q and A format of interviewing that is typically used in sociological research.

We held a workshop in which colleagues from the Vitalities Lab, other…

The VLab welcomes a new team member: postdoctoral fellow Dr Marianne Clark (pictured below), who received her doctorate in human movement and social theory from the University of Alberta.

The ARC Centre of Excellence in Automated Decision-Making and Society, led by RMIT University, was announced in October. Deborah is one of the 18 Chief Investigators across this eight university centre. She will be leading the UNSW Node of the Centre, as well as the Health Focus Area, and will be a co-leader of the People Program. The Centre is funded from 2020 to 2026. More details are here.

Deborah’s new book Data Selves: More-than-Human Perspectives was published in October. Further details of the book, including excerpts, can be found here. 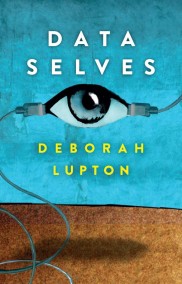 On 1 October the VLab hosted the ‘Re-imagining Personal Data’ workshop as a satellite event of the Association of Internet Researchers Conference, which was held later that week at QUT in Brisbane. Deborah convened the workshop with Annette Markham from Aarhus University and Larissa Hjorth from RMIT University. (Photo below shows a participant with one of the activities completed in the workshop.) 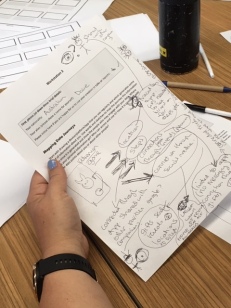 Clare was involved in two presentations at the Association of Internet Researchers Conference:

In October, Deborah travelled to Berlin for the first meeting of the The Lancet and Financial Times ‘Governing Health Futures 2030: Growing Up in a Digital World’ Commission. She and other commissioners, from peak international organisations such as the Red Cross, the World Health Organization, the OECD, the UN and UNICEF, are working on a report that is due for completion in 2021. The German Health Minister came to the meeting to discuss his country’s digital health initiatives – the photo below shows Deborah with the other commissioners and the Minister (in the middle). 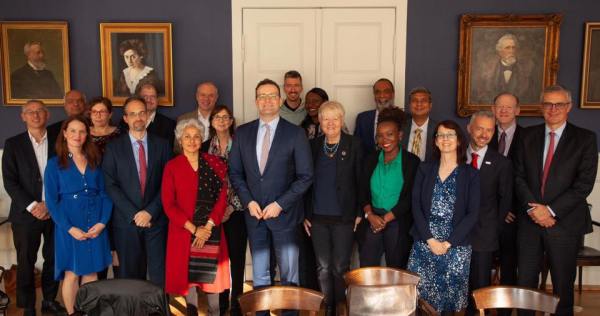